The FuseDSM Monthly Luncheon will typically be held on the 2nd Thursday of every month, however, there may be a change to the date or location occasionally as schedules change throughout the year. Each month the Chamber invites a dynamic speaker to provide timely information affecting our community, insight on issues concerning the community, or inspirational stories which resonate within the community.

There is networking time prior to the start of the program and lunch being served. This is the monthly event you do not want to miss to maintain those important relationships with your fellow members.

As our children head back to school, in what we hope is to be the first "normal" school year in two years, join three of the school board members from the Des Moines Public Schools to learn how a school board impacts education. With so much misunderstanding, misperception of what exactly a school board does - this will be an interactive Q&A, so come prepared to listen, learn and ask questions with members of the State of Iowa's largest school board. 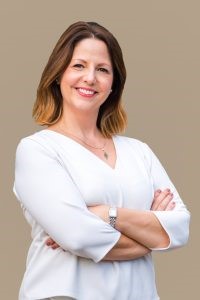 Kimberly Martorano is an Information System Specialist with the Johnston Community School District. She holds a bachelor's degree in industrial technology education from Illinois State University. She was previously a data analyst with Des Moines Public Schools and an education training specialist with Computer Information Concepts.
Martorano served on the executive board of Lake County Federation of Teachers Local 504 and volunteers with Big Brothers Big Sisters.
She was sworn in during the Board of Directors meeting on August 17, 2020.
Martorano was selected by the Board to fill Heather Anderson's seat. Anderson announced her resignation effective July 31, 2020. Martorano will serve until the November 2021 election. At that time voters will elect a director to serve until 2023 and complete the remaining two years of Anderson's term. 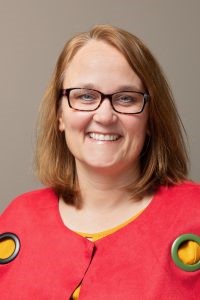 Kelli Soyer is the Associate Director for the Coalition for Family and Children's Services in Iowa. Kelli has worked tirelessly to advocate for children's issues both, in Iowa and federally. Since its inception, Kelli has been involved with the Des Moines School Board's Community Legislative Action Team (CLAT), sharing the parent voice on behalf of issues impacting the district.
As a social worker, Kelli has spent her career in the non-profit industry. She has been active in grassroots and community organizing. Her advocacy efforts earned her recognition earning the 2016 Children's Champion Award by the Iowa Association for the Education of Young Children and the 2010 Friend of Children Award by the Iowa School Social Workers Association.
Kelli is a native Iowan. She graduated from Johnston High School and received her Bachelor of Arts in Psychology and Master's in social work from the University of Iowa. She is a Licensed Masters Social Worker (LMSW) in Iowa.
Kelli and her husband, Paul, live in Des Moines with their daughter, Sayde, a student at Callanan Middle School. 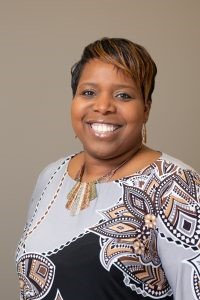 Dwana Bradley was selected to fill the district 3 vacancy in December 2018 and sworn into office on January 8, 2019. She was elected to a full-term in November 2019.
Dwana holds a Bachelors Degree in Child and Family Services from Iowa State University and a Masters Degree in Elementary Education and Literacy from Drake University as well as a Specialists Degree in Administration.
She spent nearly seven years as a reading interventionist with Des Moines Public Schools. She is currently executive director of Iowa Juneteenth, a teacher in the after-school program at Homes of Oakridge as well as owner of Iowa Urban Media, a community-focused publishing company. Bradley has also been active in the community, such as chairing a committee for the Iowa Juneteenth Observance, volunteering on the DMPS attendance committee, serving as choir director at True Bible Baptist Church, and graduating from the Greater Des Moines Leadership Institute. She has two children.

Location:
Embassy Suites Downtown  101 E. Locust Street Des Moines, IA 50309
**There is a City of Des Moines Parking Ramp across the street and metered street parking. They do have Valet with underground parking, if you choose to utilize it, but it is not included with registration.
Date/Time Information:

Contact Information:
Trish Flaherty-Barnes
Send an Email
Fees/Admission:
$28/pp - Member
$32/pp - Non Member
No Walk In Registrations will be allowed. No refunds 48 hours prior to the program, as lunch orders will have been placed.
Set a Reminder: