The FuseDSM Monthly Luncheon will typically be held on the 2nd Thursday of every month, however, there may be a change to the date or location occasionally as schedules change throughout the year. Each month the Chamber invites a dynamic speaker to provide timely information affecting our community, insight on issues concerning the community, or inspirational stories which resonate within the community.

There will be networking prior to the start of the program and lunch being served. This is the monthly event you do not want to miss to maintain those important relationships with your fellow members.

As we approach the 20th Anniversary of 9/11, a day that experienced the largest loss of life in law enforcement in a single day, we are honored to welcome Des Moines Police Chief Dana Wingert to speak and provide an update as well as speak on the importance of building strong relationships between law enforcement and the community - both citizens and businesses. Chief Wingert has led the Des Moines Police Department since 2015, through triumph and tragedy. Come shake his hand, show your support and listen to his inspirational words. 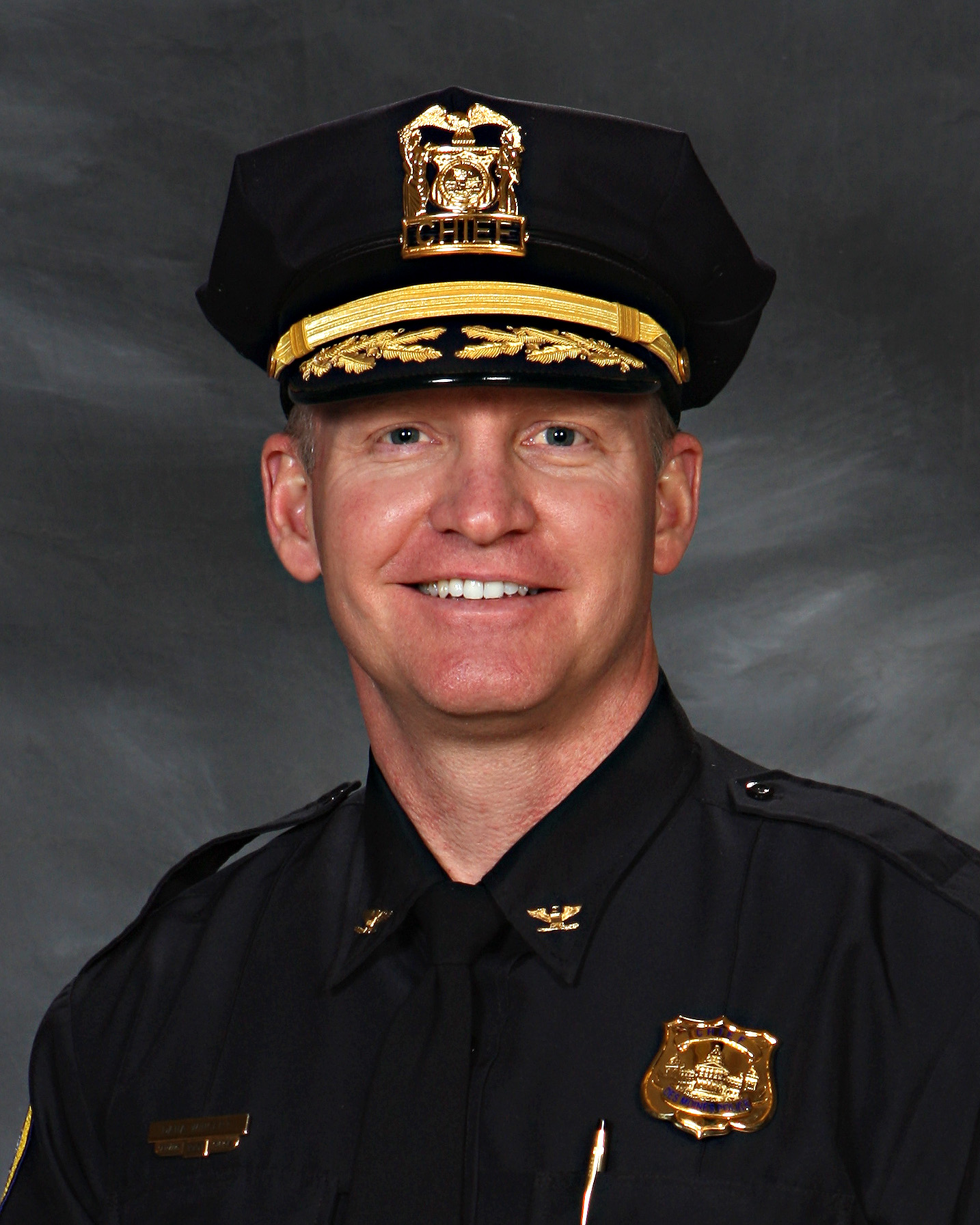 Dana Wingert was appointed as the Des Moines Police Department?s Chief of Police on February 10th, 2015.  He is a thirty-year veteran of the department, and has served in every division as he moved through the ranks of the organization.  Chief Wingert?s previous assignment was as the Police Major in the Operations Division, where he was responsible for police patrol, Neighborhood Based Service Delivery, Metro Star, traffic and parking unit, K-9, Airport Security, and school resource officers.

Dana began his law enforcement career with the City of Des Moines in December of 1991 as a Police Officer. He was promoted to Senior Police Officer in February of 1995; then Police Sergeant in May of 2000; Police Lieutenant in January of 2005, Police Captain in September of 2007 and Police Major in February 2011.

Dana has a Bachelor of Science degree in Criminal Justice from Grandview University in Des Moines, Iowa.  He is also a graduate of the FBI National Academy and the Police Executive Training Program at Boston University.

Location:
Embassy Suites Downtown  101 E. Locust Street Des Moines, IA 50309
**There is a City of Des Moines Parking Ramp across the street and metered street parking. They do have Valet with underground parking, if you choose to utilize it, but it is not included with registration.
Date/Time Information:

Contact Information:
Trish Flaherty-Barnes
Send an Email
Fees/Admission:
$28/pp - Member
$32/pp - Non Member
No Walk In Registrations will be allowed. No refunds 48 hours prior to the program, as lunch orders will have been placed.
Set a Reminder: